I was born near Grenoble, in the French Alps, in the small rural commune of Saint Martin d’Uriage, where I lived with my maternal grandparents until I was about seventeen.

From an early age, my grandfather who was a chemist, inventor and free thinker, encouraged my insatiable fascination for ancient Latin and Hebrew texts and the knowledge contained in the Hermetic teachings and esoteric subjects of the Tarot and the Kabbalah. I have expanded my knowledge of these subjects to the present day through continuous study. The Magician, my first novel of the Trilogy, Tales from the Deck, published in May 2021, is a tribute to this life-long love affair and pursuit.

Born curious and an avid reader, I have been influenced by the styles, thoughts and prose of many great names such as Rimbaud, Dante, Rousseaux, Molière, La Fontaine, Zola, and Proust. In my mid-thirties, I discovered a great source of inspiration in the Zohar and other works by Eliphas Levi, Helena Petrovna Blavatsky, Rudolph Steiner and Israel Regardie just to name a few in the genre.

I moved to the United States in the 1990s and fell in love with this country’s cultural diversity and free-thinking ideology. Writing in a different language than my mother tong is still a great challenge but one I am eager to undertake and consistently refine. I am grateful to the heritage and culture I experienced growing up in France, because it has given me a rich panoply of perspective and ideas on the nature of our cultural differences. 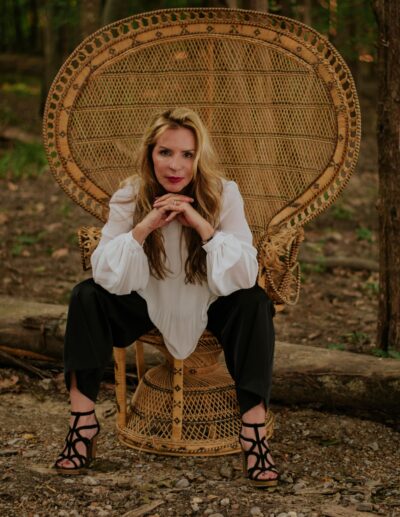 In 2018, within eight months, I wrote the complete first draft of The Magician. However, I found myself in desperate need of assistance to perfect the quality of my writings and serendipitously met my first editor, Mr. William L. Tatro. In 2019, I submitted the edited version of The Magician to an editor in New York, Mr. Allen Peacock, who refused to help me, until he realized that I would not give up on the idea of publishing the manuscript. With Allen’s tremendous help and guidance, I read and studied incessantly to refine my knowledge of the English language until the Magician was ready for publishing. I am presently working on the second book of the Trilogy, The High Priestess.

I don’t often travel to Europe, but when I am in the Isère region where I was born, I never forget to visit the Chateau of Vizille and its gardens, where I would frequently visit with my grandmother for an afternoon picnic.

It is my greatest hope that my stories offer my readers an escape from the daily, sometimes stark routines of life and let their own imagination spark the desire to discover the unseen and magical systems that permeate our world. I hope to present The Magician in an audible version soon but, for the time being readers can join me on YouTube as I read a few chosen chapters.